A Personal Reflection for Pacific Youth on Sustainable Tourism

Another bottle. Yet another one. We are 200km from land, in the middle of the South Pacific, and this is the third bottle we’ve found already this morning Everywhere is plastic. The plastic we use unthinkingly every single day, the plastic we throw away without a moment’s thought, it lives on, and on. Out here. Where it is killing our planet, killing our sea life, and, slowly but surely, killing us. I am here as part of a team of researchers from the University of the South Pacific collecting seawater samples far removed from any human habitation. 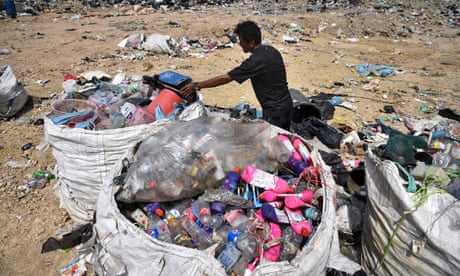 My goal is to compare offshore concentrations of microplastics with those closer to shore. My hope is to put in place another piece in the Pacific puzzle. We have a fair idea as to the scale of the problem along more populous coastlines. Yet we know very little here. A knowledge gap that spans half the surface of the planet. The work is the brainchild of the late Dr Marta Ferreira and to date we have found microplastics in seawater, freshwater, in fish, crabs, molluscs and birds, in sediment from all over Fiji.

Every place we visit, be it a metropolitan city, or a far distant, remote island, we find what we are looking for. We have found microplastics in seawater, freshwater, in fish, crabs, molluscs and birds, in sediment from all over Fiji. Two out of three fish collected from the greater Suva inshore environment were found to contain microplastics. One fish was found to contain an astounding 68 particles.

The degree of ingestion by these common inshore species is of the same order of magnitude as those found in China. Cognisant that in the South Pacific, fish constitutes more than double the global average of animal protein consumption, this is alarming. Levels of microplastics in seawater from around Suva were comparable to parts of the Mediterranean. Coastal sediments are swamped with microplastics to the same degree as those reported along the shores of Singapore and Portugal.

We are discovering that the very plastics we use to preserve our food are the same ones that are contaminating it. Polyethylene. The most widely used plastic on land is everywhere in the water too. In 2017 alone, Fiji imported more than 2,000 tonnes of polyethylene.

Marine researcher Andrew Paris from the University of the South Pacific tests the Pacific Ocean for plastic pollution.

Compounding the issue are oceanographic processes. The swirling plastic soup we call the South Pacific gyre ensures a steady supply to small island states that rely on the ocean the most for sustenance. On remote islands to the north and east of Fiji, coastlines are awash with polyethylene in its many forms. Everything from shirt threads to ship ropes.

It’s another type of Pacific diaspora except the plastics always come back. The very processes that aided human expansion and the occupation of Oceania are distributing our detritus to all dimensions, even the darkest depths of the sea. Once again, here we are, on the frontline of an impending environmental catastrophe.

While the research is still in its early stages, the risks posed are advanced. Aside from studies into developing baselines and ambient levels in the environment, we are looking into the effects on plant and animal life, especially those that we depend on the most. But before we can begin to manage, we need first to measure.

We need to be watching closely, keeping tabs on plastic’s effects on the life systems we are intimately connected to.

This research, the first comprehensive assessment of microplastics in the surface waters of the South Pacific, will provide baseline data, to help monitoring programs to detect environmental changes and evaluate efforts to control plastic pollution. Because the plastic entanglement of Pacific society, culture and environment is real. We live in a material world and plastic is the prevailing symbol of modernism. At any one moment we are draped and adorned in plastics. Our very existence is set against a plastic backdrop, a 3D synthetic stage.

We in the Pacific might be far removed from the megacities and massive industries of the world, yet the same problem that plagues their oceans is present here in the vast expanse of the South Pacific. 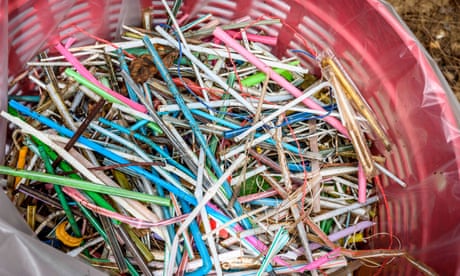 For too long, we have believed our moana is a boundless waterbody which we can contaminate without consequence. We are wrong to think so. Now, we find plastics everywhere. As Pacific people it is our nature to share but this must not be the case for ocean plastics. One man’s trash should not be another man’s dinner. Plastics are ending up in our food and everyone has a seat at the table. Individually, we can create small ripples but collectively we can create a tidal wave of change to stem the advancing plastic tide. The very fabric of contemporary Pacific society is woven together by synthetic threads. A fabric that is killing our sea life, and, slowly but surely, killing us.

Update from Research and Stats

Update from the Division: